1. The wireless sensor network technology is widely used, and all flowers bloom;

Figure 1 is a schematic diagram of wireless sensor application: 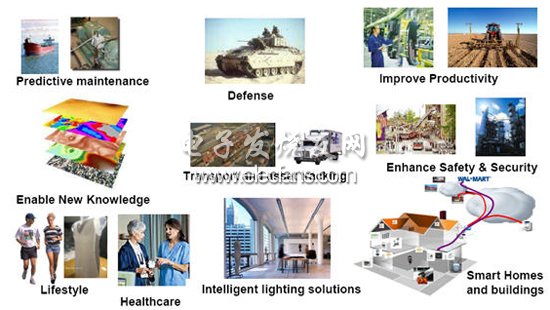 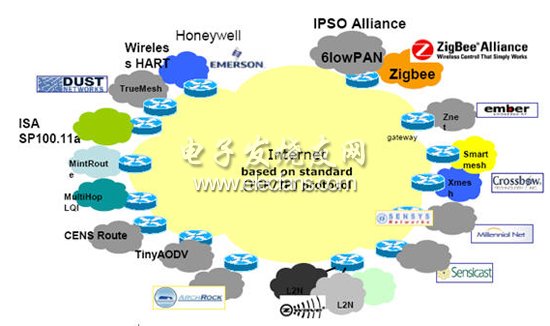 Second, how to choose the appropriate wireless sensor technology

The basic architecture of a wireless sensor network system includes three parts. The first part is a wireless transceiver chip, whose responsibility is to convert digital information into a high-frequency wireless signal and transmit it and restore the received high-frequency wireless signal into digital information. For wireless sensor transceiver chips, IEEE 802.15.4 can provide the best solution for wireless sensor applications, because the IEEE 802.15.4 specification may be the main and possibly the only practical standard. At present, there are many companies in the world to provide transceiver chips in this regard. Chips like TI's CC2420, CC2520, etc. are particularly suitable for the low power consumption characteristics of button batteries and low power applications.

To achieve a typical wireless sensor network node and router, a multi-chip solution can be used. As shown in Figure 3, it consists of a wireless transceiver chip and a microcontroller (single-chip computer). The microprocessor can use low-power MSP430, wireless The chip can use CC2520, CC2420, etc .; 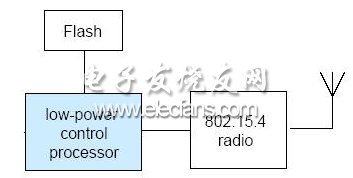 The second part of the wireless sensor network architecture is the embedded software running inside the microcontroller or wireless microcontroller, also known as the software protocol stack (network stack). The network stack has two responsibilities. First, it must deal with frequent changes in the quality of wireless link communications between nodes and interference caused by environmental factors to wireless communications, and has the ability to self-organize and recover from the network; the second function of the network stack is to have a strong The routing algorithm capability ensures that messages are reliably and efficiently sent from the source node (through existing hundreds of thousands of routing nodes) to the destination node through various network topologies (star, mesh, etc.). Ensure real-time communication requirements;

The ZigBee Alliance is an independent standards organization composed of many technology vendors and developers. It is also the largest in the world at present, and provides a network software protocol stack standard alliance based on the IEEE 802.15.4 platform;

The organization has continuously developed from ZIGBEE2004, ZIGBEE2006, ZIGBEE2007, and the two network stacks currently provided are: ZigBee and ZigBee PRO. From a usage perspective, the ZigBee stack is very suitable for small networks that generally contain ten to hundreds of nodes. ZigBee PRO is a superset of ZigBee, which adds some functions to expand the network and better cope with wireless interference from other technologies, and can adapt to larger networks and have more reliable routing communication algorithms and wireless communication reliability;

The third part of the application software of the wireless sensor network architecture, this part includes various software codes developed according to the existing users. Most of these codes are currently developed in C language, and the software protocol stack can be called between the interface and the API. Function of

2.1 Compatible with a global and reliable international standard;

2.2 You can obtain a stable source of wireless transceiver chips and wireless microcontrollers through large chip suppliers such as TI and Freescale. You can also obtain free ZIGBEE protocol stack and related source code to reduce the opening threshold;

2.3 The use of high-performance software compilation and debugging environments such as KEIL and IAR can greatly speed up the opening speed and shorten the time to market; 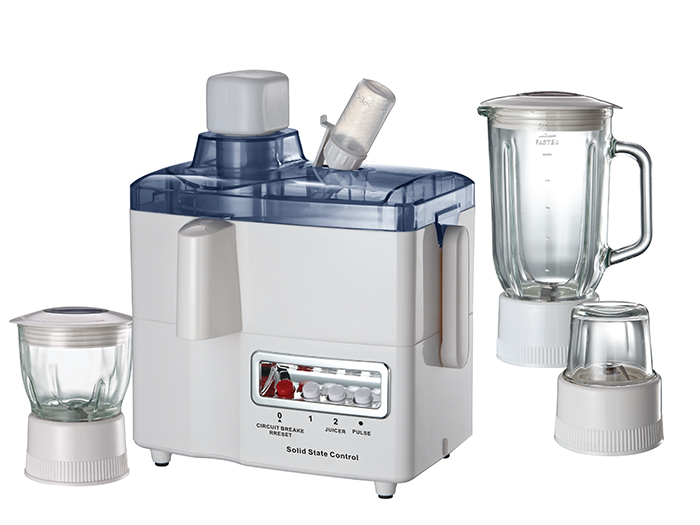