50 years ago, people already understood the basic knowledge of semiconductor materials to produce light. In 1962, General Electric's Nick Holonyak Jr. developed the first practical application of visible light-emitting diodes. LED is the abbreviation of English light emitTIng diode. Its basic structure is an electroluminescent semiconductor material placed on a leaded shelf and then sealed with epoxy resin, that is, solid package, so it can To protect the internal core wire, the LED has good seismic performance.

Originally used as an indicator light source for instrumentation, LEDs of various light colors have been widely used in traffic lights and large-area displays, resulting in good economic and social benefits. Taking a 12-inch red traffic light as an example, in the United States, a long-life, low-efficiency 140-watt incandescent lamp was used as a light source, which produced 2000 lumens of white light. After passing the red filter, the light loss is 90%, leaving only 200 lumens of red light. In the newly designed lamp, Lumileds used 18 red LED light sources, including circuit losses, to consume 14 watts of electricity, which can produce the same light effect. Automotive signal lights are also an important area for LED light source applications.

Second, the principle of LED chip

LED (Light EmitTIng Diode), a solid-state semiconductor device that converts electricity directly into light. The heart of the LED is a semiconductor wafer. One end of the wafer is attached to a holder, one end is the negative pole, and the other end is connected to the positive pole of the power supply, so that the entire wafer is encapsulated by epoxy resin. The semiconductor wafer consists of two parts, one part is a P-type semiconductor, in which the hole dominates, and the other end is an N-type semiconductor, which is mainly electrons here. But when the two semiconductors are connected, they form a "PN junction" between them. When a current is applied to the wafer through the wire, the electrons are pushed toward the P region. In the P region, electrons recombine with the holes, and then the energy is emitted in the form of photons. This is the principle of LED illumination. The wavelength of light, which is the color of light, is determined by the material that forms the PN junction. 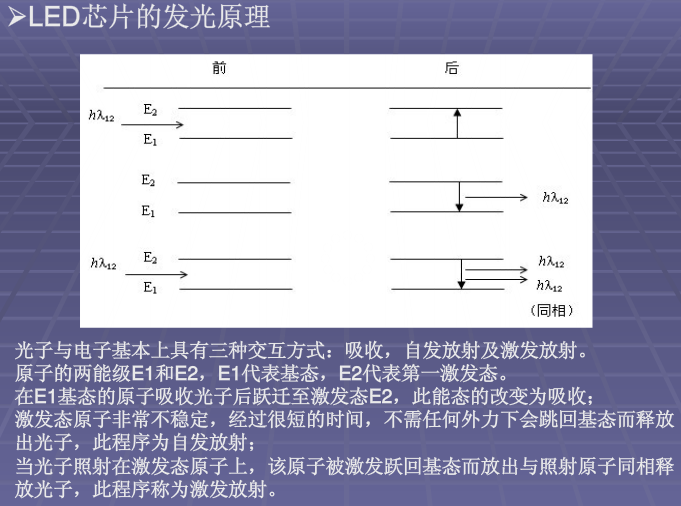 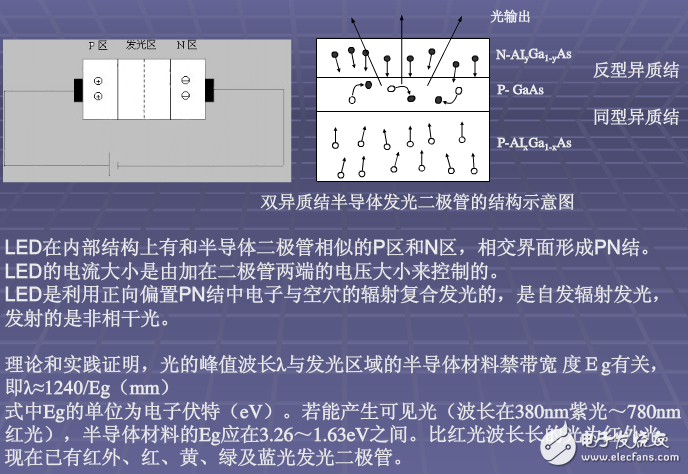 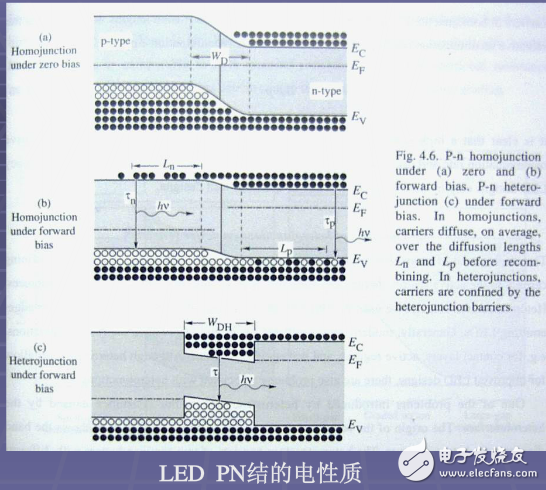 Third, the classification of LED chips

Definition: Metal Bonding chip; this chip belongs to the patented product of UEC.

(2) Wafer bonding the epitaxial layer and the substrate through the metal layer while reflecting the photons to avoid absorption of the substrate.

(4) The bottom metal reflective layer is beneficial to the improvement of luminosity and heat dissipation.

(5) The size can be increased and applied to the High power field, eg: 42 mil MB.

Definition: Glue Bonding chip; this chip belongs to the patented product of UEC.

(1) The transparent sapphire substrate replaces the light-absorbing GaAs substrate, and its light output power is more than twice that of the conventional AS (Absorbable Structure) chip, and the sapphire substrate is similar to the GaP substrate of the TS chip.

(2) The chip emits light on all four sides and has an excellent pattern.

(3) In terms of brightness, the overall brightness has exceeded the level of the TS chip (8.6 mil).

(4) The two-electrode structure is slightly inferior to the TS single-electrode chip in terms of high current resistance.

Definition: Transparent structure chip, which is a patented product of HP.

(1) The chip process is complex and much higher than the AS LED.

(3) A transparent GaP substrate that does not absorb light and has high brightness.

4.AS chip definition and characteristics

Definition: Absorbable structure chip; After nearly 40 years of development efforts, Taiwan's LED optoelectronics industry is at a mature stage for the development, production and sales of this type of chip, and the research and development level of major companies in this area is basically at At the same level, the gap is not big.

The mainland chip manufacturing industry started late, and its brightness and reliability still have a certain gap with the Taiwanese industry. Here we talk about the AS chip, especially the UEC AS chip, eg: 712SOL-VR, 709SOL-VR, 712SYM- VR, 709SYM-VR, etc.

(1) The quaternary chip is prepared by the MOVPE process, and the brightness is brighter than that of the conventional chip.

1. According to the brightness of the light:

2, according to the composition of the elements:


Further, the melting taper device is formed by two insulation bricks made of aluminum oxide fiber insulation material to form a cavity, and the high temperature heat source is provided by an electric heating wire made of molybdenum disilicide material, and the heating wire is located In the heating tank, the heating temperature is adjusted by adjusting the voltage at both ends of the electrodes connected to it, the optical fiber passes over the heating wire, and the taper speed is adjusted by changing the rotation speed of the programmable stepping motor driver.
Further, the two optical fibers are fused and tapered in the fusion tapering device, one of which is used as the input power of the input arm, and the other is used as the coupling arm fiber. After the tapering length reaches a certain distance, the two fibers are coupled, and the optical power is Continuously couple into the coupling arm fiber, continue to taper, and the optical power is repeatedly and alternately coupled in the two fibers.

At present, the method of making FBT WDM in industry is to use a flame to heat and melt the fiber at a single point and then stretch it. The defect is that the heating area is too short, resulting in a short stretchable length (corresponding to the coupling length), and the fiber diameter is not small enough, so This limits the minimum channel spacing that this type of wavelength division multiplexer can achieve.