In the eyes of many people, hackers are a heterogeneous group. The mission of these strange coffees is to find similar ones.

Every summer, hackers around the world flock to Las Vegas like a tide. Join a grand hacker carnival - DEF CON.

From the first small underground gathering in 1993, it was the 24th year until today. The old driver called it "DEF CON 24." Due to the use of on-site cash purchases that are completely anonymous, it is not yet possible to accurately count the number of participants in this underground gathering this year, but visually it has already exceeded 10,000.

Of course, this tens of thousands of people are not all so dark hackers, many of them are "ticketmates", and there are even many tourists who are just carrying wine bottles for adventure. With such a large scale, there seems to be no way for DEF CON to continue to remain so niche and alternative, but you can still find cult themes and demonic hackers at the party.

Freedom and sharing are the feelings of hackers. Jeff Moss, the founder of DEF CON, gave a special introduction at this year's opening speech. The gangs formed by different hackers, â€œTheme Villageâ€, are the reason why DEF CON is so dynamic.

One of the most favorite projects for hackers is the "door-to-door yoke." The spirit and visual pleasure that such an attack brings to human beings can be understood by the general public. The moment the lock spring springs out, it feels as if the world has surrendered to the foot. 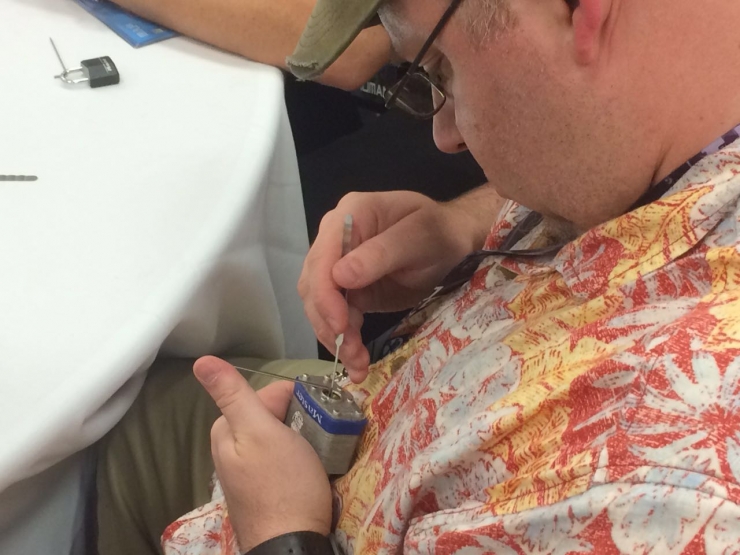 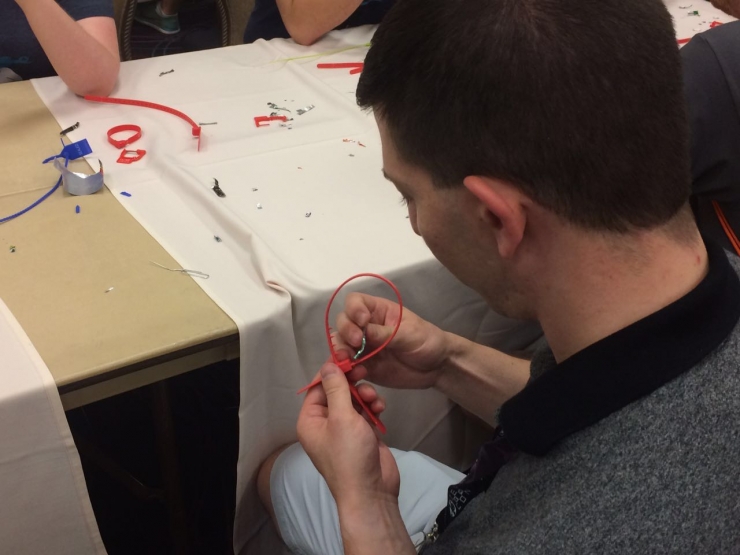 These hackers are cracking the tie, which is what we commonly call "a tightening." 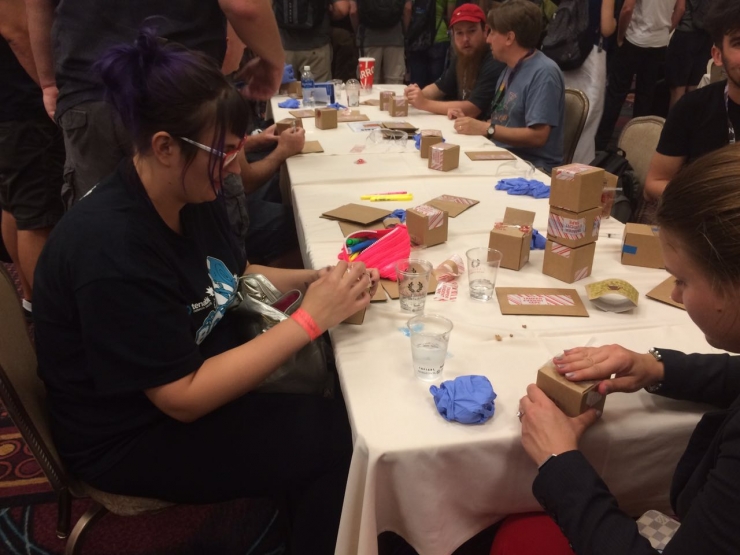 They are studying how to open express seals without scratches 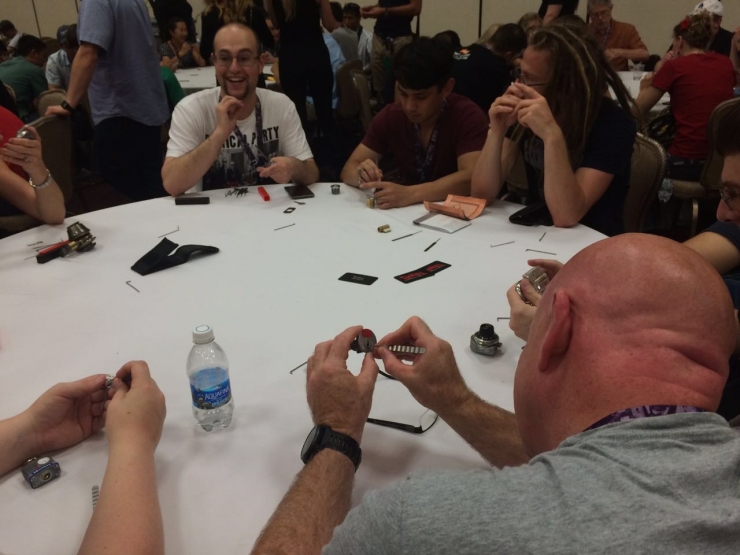 In another village, there is mainly a â€œhacking hackingâ€. They mainly study packet information in network communication. Invasion through these traffic data. 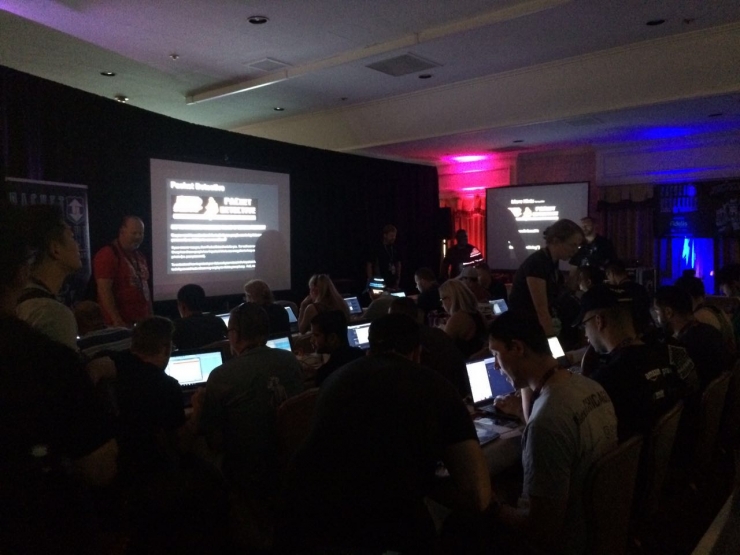 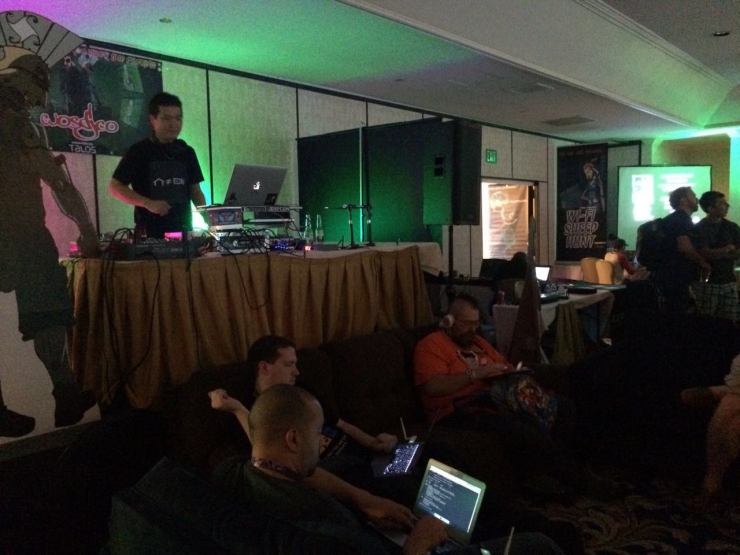 Here is a radio village where hackers share tips on how to wirelessly transmit signals. 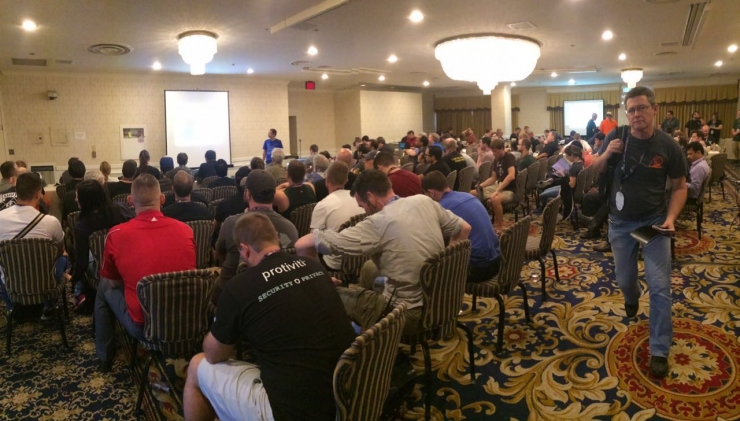 In the corner of the hall, there is also a car break village. The hackers drove the car into the venue and even took down the car and the panel and cracked it at the scene. 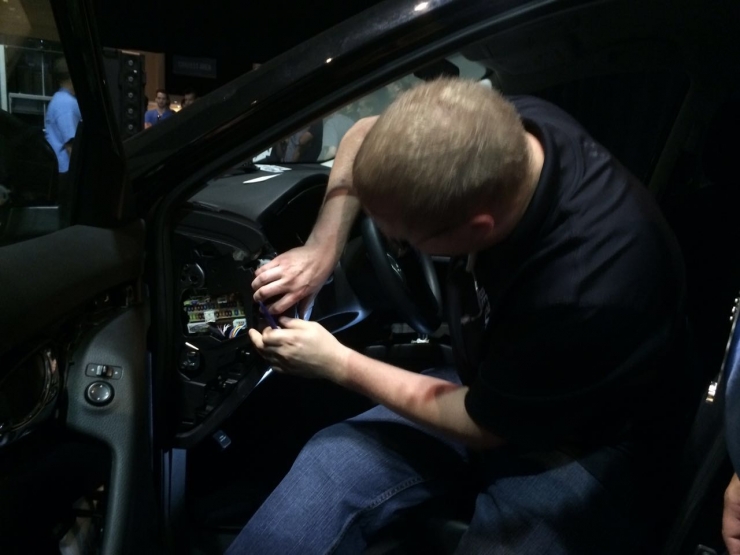 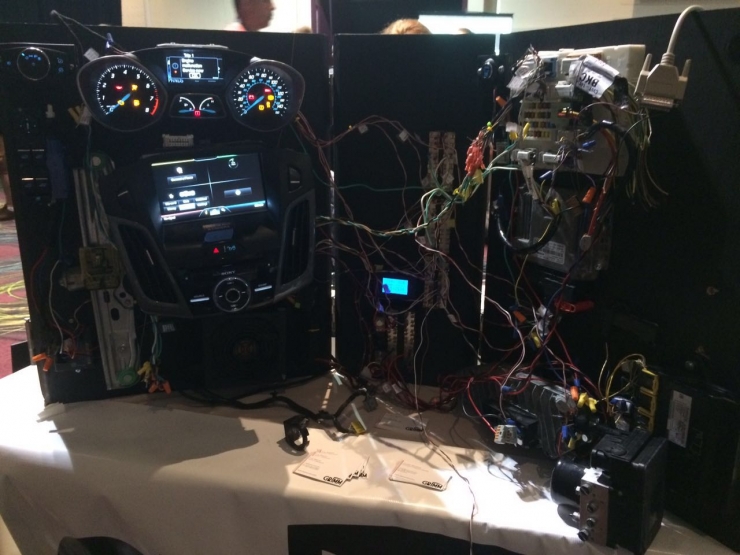 Of course, in addition to the hacking themes, there are some mainstream technology sharing. Top hackers from around the world preached to all the technical believers in three large and purposeless auditoriums. 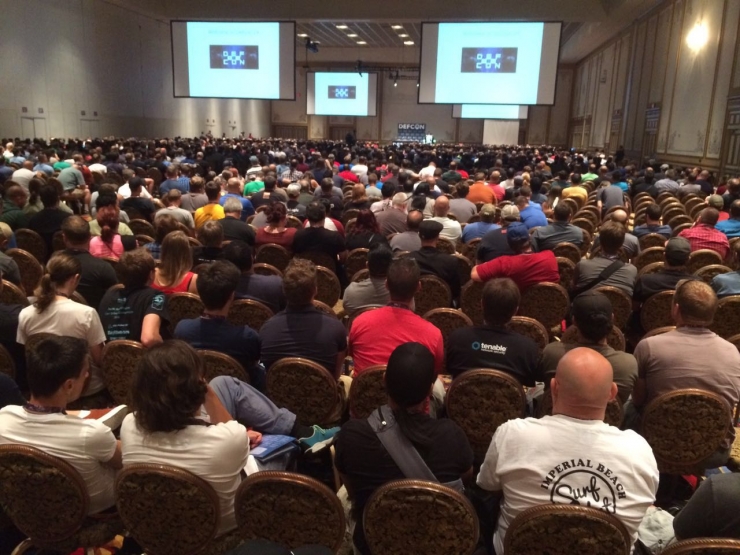 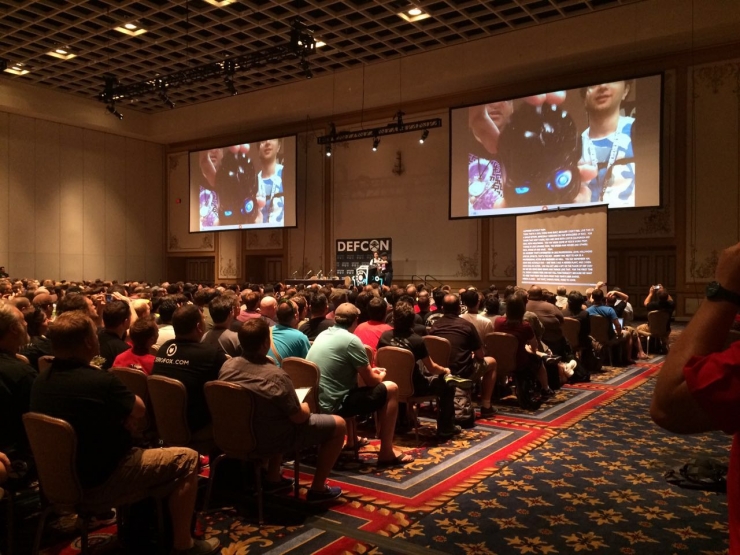 Many people came from all over the world precisely for the "spiritual leaders" of the pilgrimage. 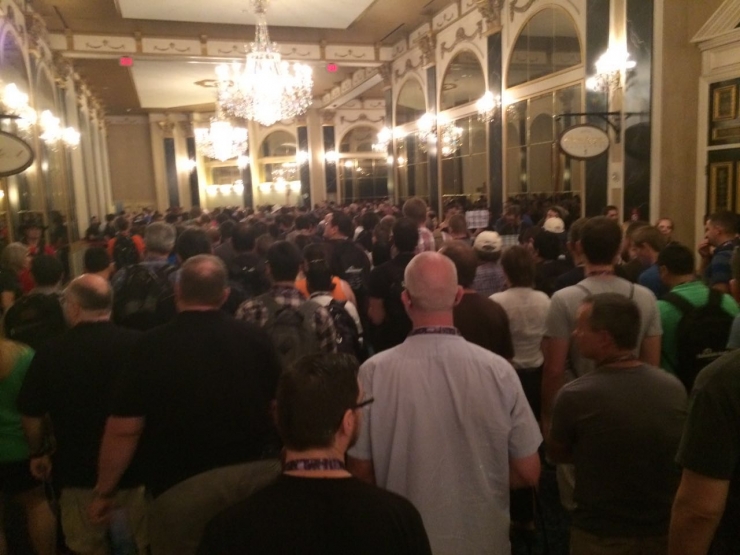 Among evangelists, there are also hackers from China. For example, the single curiosity from 360 and Zhang Yiqiao will share on-site how to crack 4G LTE; also the hacker Liu Jianyi from 360 will explain on the scene the automatic driving system that attacks Tesla Motors.

How can you call a hacker without fighting?

Previous DEF CONs have drawn a large area as a "battlefield" for hackers. 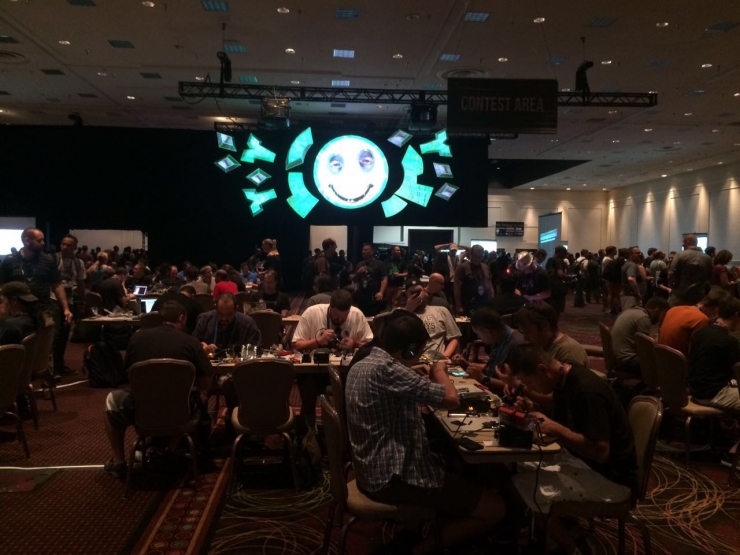 These hackers are nervously creating something that ordinary people can't understand. In the end, the organizing committee will evaluate some special awards. 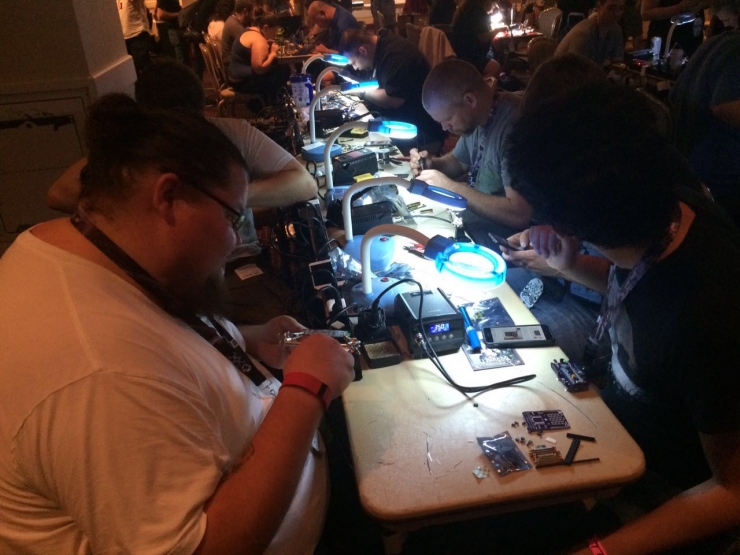 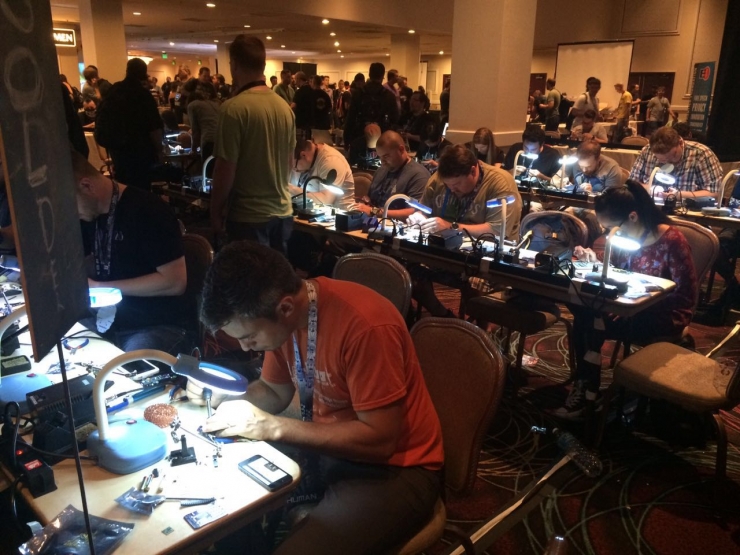 Of course, there is even more fierce confrontation, which is the highlight of the annual DEF CON CTF (Capture The Flag).

Top hacking teams from the world will attack and defend here. In simple terms, it is necessary to constantly crack down on many fortresses in a virtual network architecture and use these fortresses as bases to attack opponents. Once you take down the fortress more than your opponent, it means that you may have the absolute initiative. So for the commanding heights of the attack, all the teams are every second. 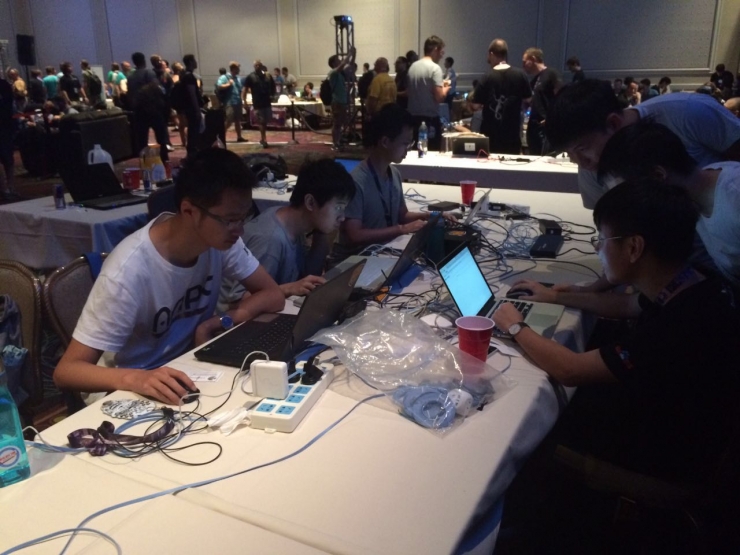 It is worth mentioning that the game most concerned about this DEF CON is also one of China's strengths. In 2015, three teams from HITCON, Blue Lotus, and 0ops from China each won 4-6. However, this achievement did not satisfy them. This year the Blue Lotus and the 0ops two teams formed a joint b1o0p team and joined many hackers in the Tencent Cohen Lab. The game will take place two days and two nights. This kind of high-strength, life-threatening confrontation just stimulates the adrenaline rush of hackers.

In addition, the DEF CON CTF first introduced the machine team. This team will complete the battle with all hackers through artificial intelligence. 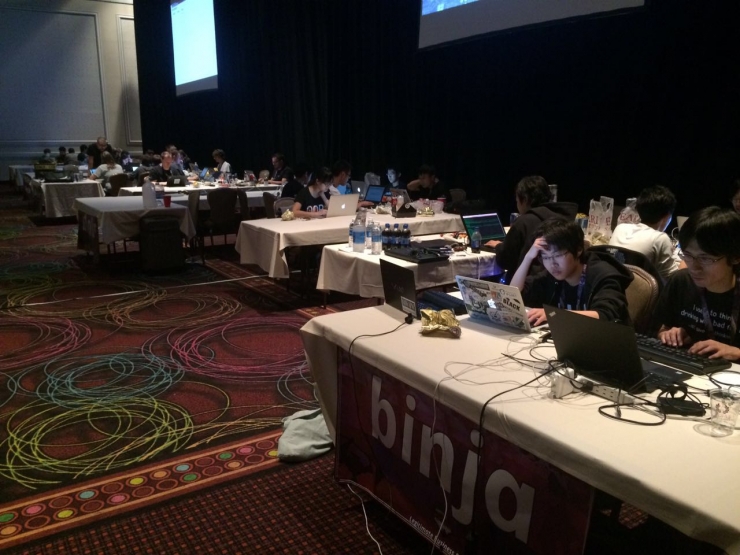 Therefore, for the hackers this time, the CTF is not only defending their own honors, they also have to unite to defend the glory of humanity. 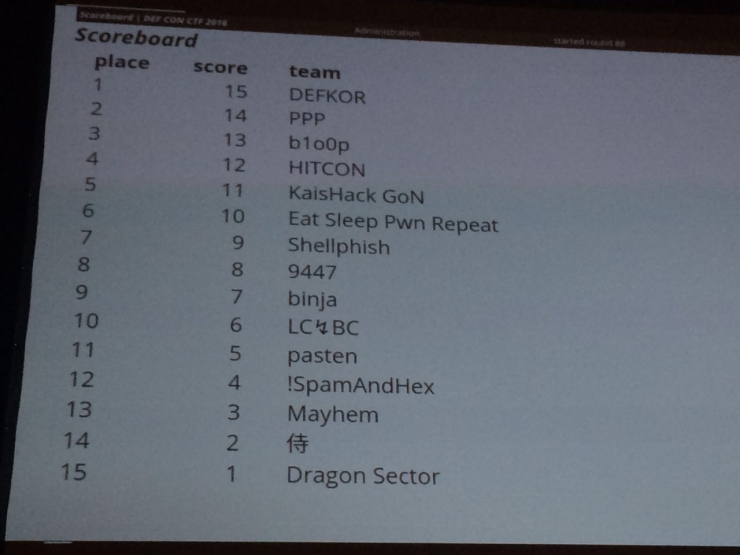 As of press time, b1o0p United team is third

Immediately on the battlefield, you must first come to a punk and hackers beard, appearance is an important manifestation of the hacker spirit. 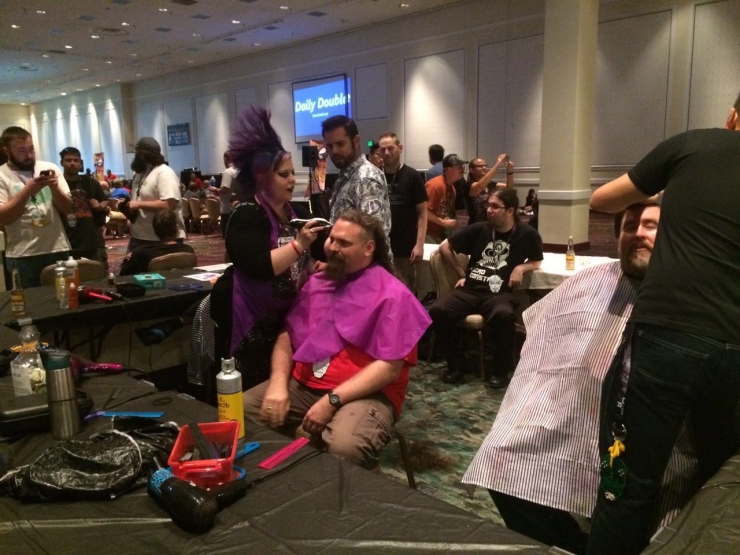 With so many hackers gathered, it is obviously a good opportunity to do business. In this market, you can meet all your dark dreams.

Various attack tools are sold here, such as the unlocked suit that you saw before. 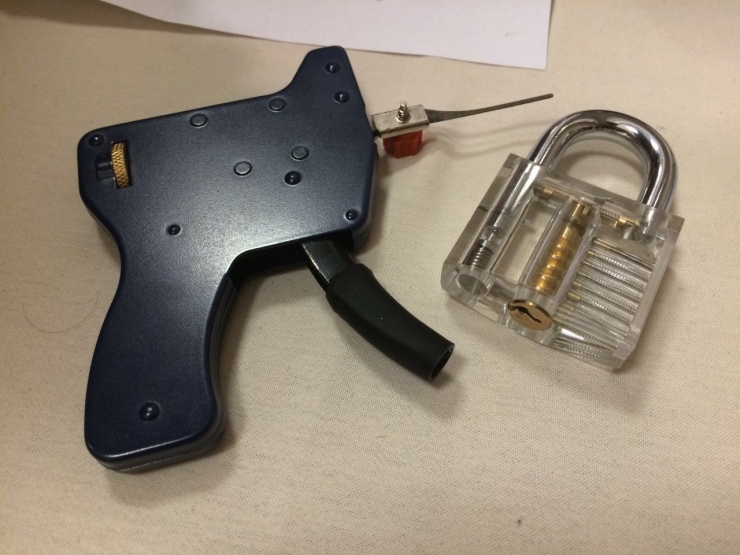 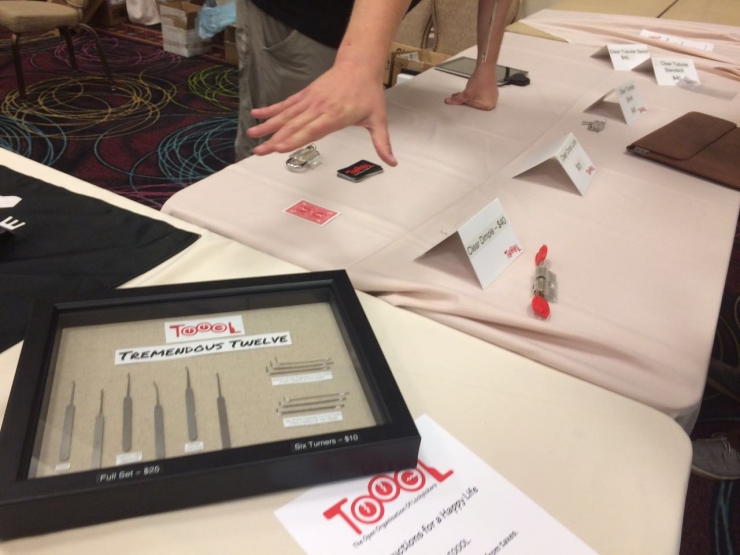 The unicorn team from 360 also practised here. They sell their own secure radio tools. 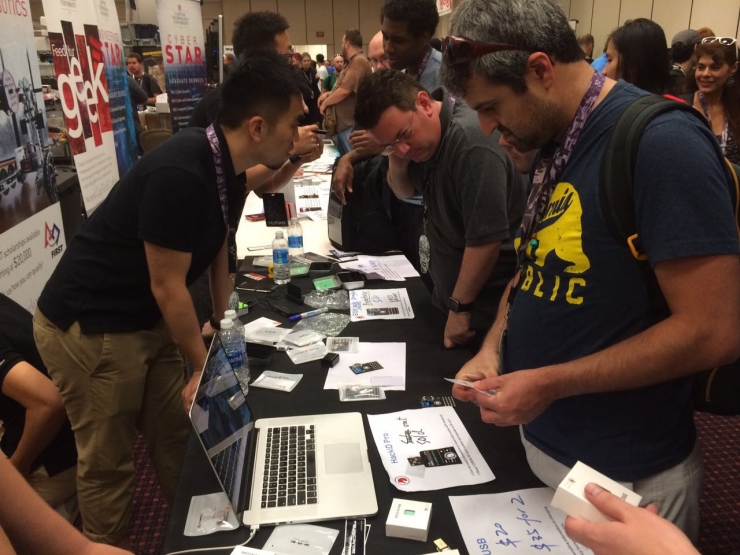 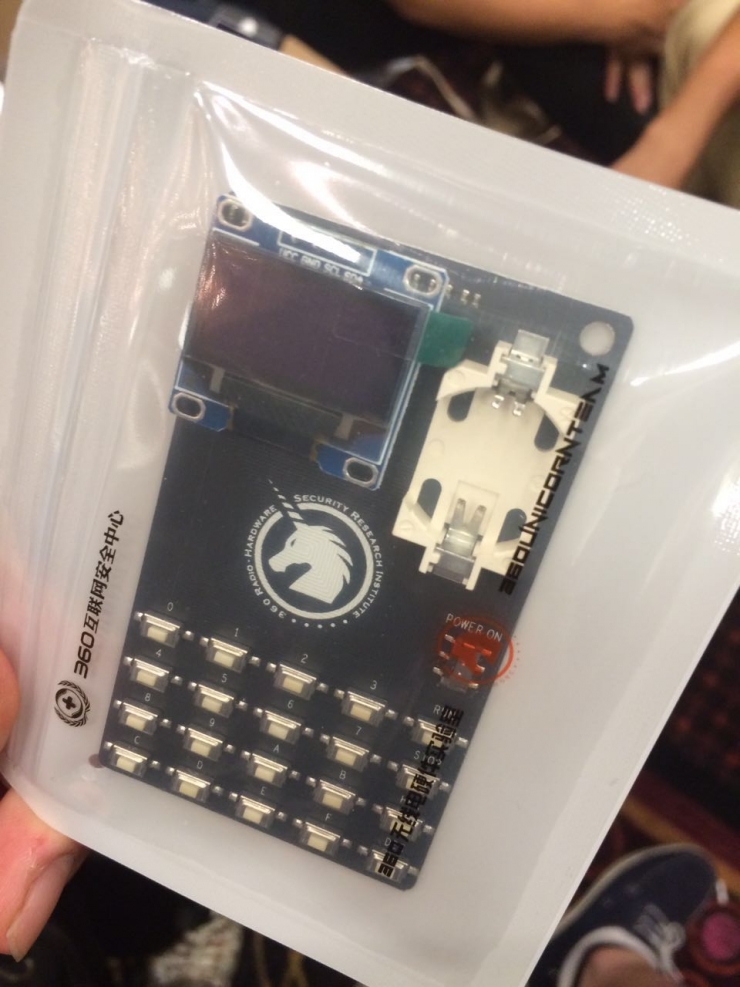 Of course, if you don't understand hacking techniques at all, you can buy at least one T-shirt or badge. . . 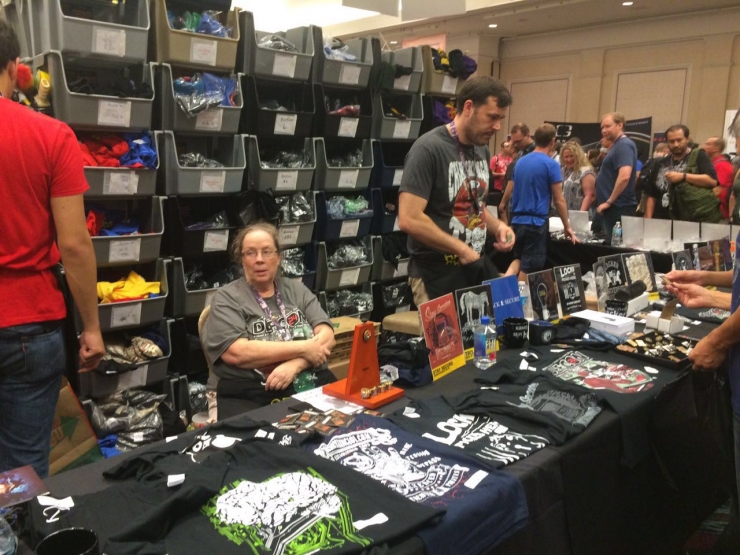 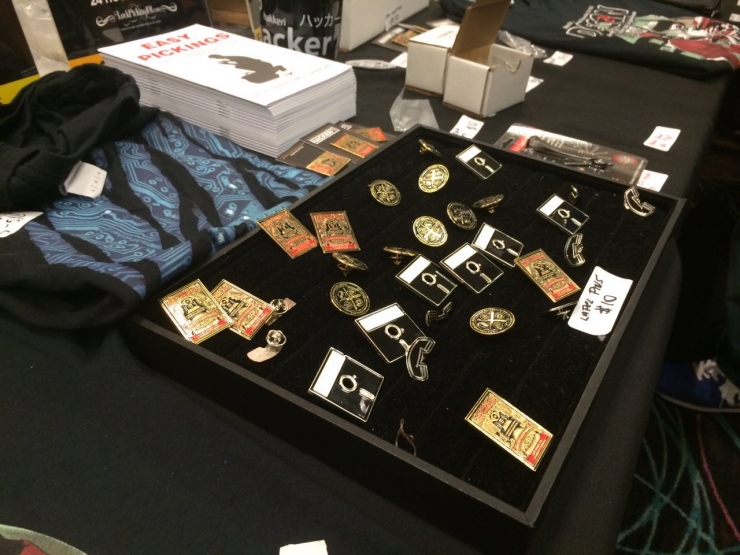 We will wait and see.