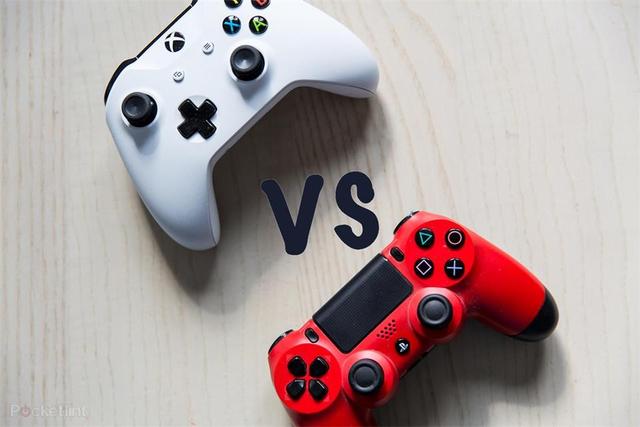 Tencent Digital (Compile: Guti) Sony has just announced that it will hold a press conference in New York on September 7, and now it is generally believed that Sony will promote the PS4 upgraded version of the host PS Neo.

This is good news for players, especially for those who plan to buy a new host and buy it. However, in addition to PS Neo, we can not forget that Microsoft has just launched an upgraded version of the Xbox One S. In addition to faster speed and better performance, this host also adds support for 4K resolution.

So for gamers, whether to choose PS Neo or Xbox One S, what's the difference between the two new hosts, we might as well look together.

There is one thing that can be confirmed at present, namely PS Neo will support 4K ultra high definition game. Andrew House, the head of PlayStation business, had been officially known to the outside world during E3. This means that the future PS Neo will have a game screen that handles 2160P/60fps.

On the other hand, although the Xbox One S supports 4K screen output, but does not support 4K game processor, so calculate your TV has 4K resolution, Xbox One S still allows you to see 4K video and does not include 4K games.

However, Xbox One S offers support for HDR game screens, and this technology can also bring great picture quality and fully demonstrate the effect of TV. However, we believe that Sony's PS Neo will also support this feature.

The Xbox One S can be used directly as a 4K Blu-ray player and supports new formats of discs and HDR functions. Taking into account that Sony is one of the founding companies of the Blu-ray Alliance, it is basically certain that PS Neo will also support Blu-ray Disc playback.

In addition to supporting 4K Blu-ray discs, the Xbox One S also supports 4K streaming video, including Netflix, YouTube and others. PS Neo will not be much different.

This really made us see the difference between the two hosts. In fact, the Xbox One S is basically an upgraded version of the Xbox One. Microsoft still retains quad-core processors, but it has improved its clock speed and performance has improved. In addition, the reading speed of RAM is also strengthened, and the operation of the entire device is more smooth.

On the other hand, according to previous rumors, the PS Neo will be equipped with an eight-core 2.1GHz processor, a graphics processor with 4.14 floating-point operations, and 218GB/s of GDDR5 running memory. In contrast, the Xbox One S and the PS Neo are like the Audi A5 and the Ferrari F12 Berlinetta. Although the A5 is very good, it is still worse before Ferrari.

This means that PS Neo supports games that run 4K/60fps screens, and it can guarantee that the graphics and picture details are not lost too much.

Before PS Neo was officially released, we basically had no say in the design of PS Neo, but it is very likely that PS Neo's changes will be even greater than the Xbox One S.

First of all, the Xbox One S is 40% smaller in size than the Xbox One, and it optimizes the internal power supply design and adds a white body.

Given the PS Neo's configuration and performance, the latter's heat dissipation will be a big problem, which means that Sony needs to add more cooling measures inside the PS Neo. So how does Sony balance the design, performance and heat dissipation? It's worth the wait.

Sony has confirmed that all PS Neos will be backward compatible with PS4 games. Even newly released games must support both PS Neo and PS4.

The Xbox One S will also be compatible with Xbox One games at the same time, and the addition of the HDR function at any time is even better when running game screens than the cash Xbox One. Microsoft has stated that the 2017 Project Scorpio is a response to PS Neo, but it is still backward compatible with the original game.

At present, we do not know the specific selling price information of PS Neo, but according to experience, it should be more expensive than Xbox One S. Currently the price of the Xbox One S is relatively reasonable. The 500GB version is priced at 249 pounds (approximately RMB 2140), while the 1TB and 2TB versions are priced at 299 pounds and 349 pounds (approximately RMB 2570 and 3,000), but the 2TB version It seems that the limited edition has been sold out.

The release date of PS Neo is now basically confirmed as the September 7 press conference. However, the PS4 was released on February 20th, 2013, and it was only released on November 15th of the same year. Therefore, the PS Neo's specific launch date may have to wait until the middle of next year.

The selection of this product refers to following four parameters.

A- yarn number (one or three);