2016 is not over yet, and many cloud computing vendors have begun to take the initiative. First, Amazon at the AWS Re: Invent conference high-profile said that its cloud computing business value is more than 100 billion US dollars, Nadella also in the Microsoft annual shareholders meeting in 2018 cloud computing business revenue reached 20 billion US dollars swearing. At the same time, Alibaba Cloud has stepped up its global distribution of data centers. Tencent Internet giants such as Tencent, Baidu, NetEase and Jinshan have been active in the field of cloud computing.
Who can become a survivor in the Internet giant cloud field?
Different from entrepreneurs in live broadcast, VR and other fields, although there are UCloud, Salesforce and other well-known startups in the field of cloud computing at home and abroad, it can be recalled that the entire cloud computing market is more like a battlefield between giants. Here, we take stock from the existing landscape of cloud computing, globalization strategy, and future trends. 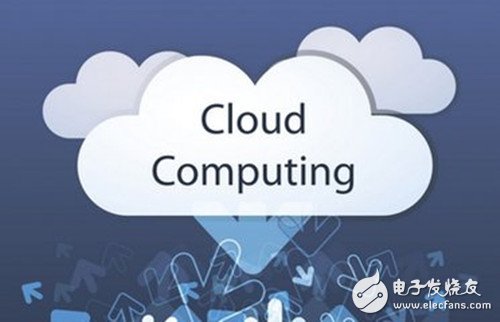 Platform and scenes of Internet giant selection of different <br> <br> Interestingly, in the past year layout, compared to the operators and IT giants favor of infrastructure services, Internet swarm The giants have already shown three different options.

One is a manufacturer that mainly provides IaaS services on behalf of Alibaba Cloud.

Thanks to Ali's consistent platform thinking, in 2016, Ali finally chose platformization as a business model in the field of cloud computing. To put it simply, Alibaba Cloud mainly provides services such as networking, computing, storage, etc., and is used to attract partners in PaaS and SaaS. At the same time, it plays the role of â€œapplication supermarketâ€ and will be the PaaS or SaaS of its own and partners. The service is sold on demand to the customers who need it on the cloud computing platform it builds.

The other category is the provider of scenario cloud services represented by Netease and Jingdong.

For this type of business model, each has a different statement, or a solution or vertical service, and "scenarioization" seems to be more popular in 2016. For example, Jingdong Cloud chose e-commerce cloud, logistics cloud, intelligent cloud, financial cloud, etc. as the main service, and it is not difficult to find a specific location. Coincidentally, Netease Cloud has been on the line of Netease Honeycomb, Yunxin, Seven Fish, Yidun, etc. have the same intentions.

The third category can be seen as the combination of the first two categories. After all, "completion" has long been a familiar strategy for Internet giants. Typical representatives of this category are Tencent and Baidu.

On the one hand, trying to catch up with Ali and moving frequently on the data center nodes, with this foundation, network, storage, computing, etc. naturally become core services. On the other hand, under the layout of domestic cloud computing â€œone super and many strongâ€, Tencent and Baidu also saw the business opportunities of scene cloud services, especially the Baidu cloud in the second half of this year, targeting entertainment, finance, marketing and other industries. A series of solutions have been introduced.

It is worth mentioning that, whether it is platform or scene, most of the Internet vendors have different choices to enter the market in the early stage, especially in the case of Alibaba Cloud, Baidu, Jingdong, NetEase, Jinshan, etc. The intention of competition is already very obvious.

What is certain is that the support of platform players such as Alibaba Cloud to PaaS and SaaS partners will inevitably harm the interests of other Internet giants.

This also confirms a saying: "The future public cloud market will not survive dozens, but several." It seems that a pre-judgment is made for the existing market structure, and the next five years, cloud computing Competition in the market will gradually heat up.

In fact, it is not difficult to understand the possible outcomes from the perspective of customers. In the case of the popularity of cloud services, cross-platform will undoubtedly increase the cost and stability of services. Whether it is scenario or platform, the cloud computing competition driven by ambition will eventually come to the same goal. The different choices made by Internet giants in 2016 are just beginning.

Go out and come in, the cloud of Sino-US competition and cooperation <br> <br> In addition to domestic action cloud computing platform, Amazon, Microsoft, Oracle and others finally officially landed in China this year. Cloud computing's â€œgoing outâ€ and â€œwalking inâ€ have become the two major labels for the domestic cloud service market in 2016.

It may be premature to use the globalization strategy to describe this trend. There are only a few global data centers that are widely deployed in the country, such as Alibaba Cloud and Tencent Cloud. Only Amazon AWS, Microsoft Azure, etc. are officially entering the Chinese market. The head of the cloud computing vendor. Even so, China and the United States cloud computing can see two major trends in the competition and cooperation in 2016.

Start with walking. Amazon AWS finally obtained "legitimate identity" three years after entering China, which is destined to be a landmark event in the history of cloud computing in China, and also labeled localized for cloud computing.

Similarly, Microsoft Azure targeted the Chinese market in 2010, but it was not until the end of 2012 that Microsoft officially landed in China after signing a cooperative operation agreement with Shanghai Municipal Government and 21Vianet. In other words, foreign cloud service providers who want to enter the Chinese market must find local partners with licenses and capabilities.

Similarly, Chinese cloud computing vendors face the same problem when they enter overseas markets. For example, Alibaba Cloud has recently used data center nodes in Australia and the Middle East, and still has to comply with local laws and regulations and cooperate with local operators.

This also points to another problem. Under the trend of globalization, cloud computing vendors still face localized competition. For example, Alibaba Cloudâ€™s market share in China is over 30%. At the same time, Amazon and Microsoftâ€™s market share is Less than 5%, but also face "intimidation" from Tencent, Baidu, Huawei, Netease and other manufacturers.

One has intensified the competition situation of cloud computing. On the other hand, it has left enough room for growth in the new field of cloud computing such as Netease and JD. At least at this stage, it has opened up potential competitions on cloud platforms such as Amazon and Microsoft. By.